This book, I assume, is supposed to be parody? Right?

I am not sure at what point speculative fiction becomes parody. Similar to the line between erotica and pornography, it may be one of those "I can't tell you what it is, but I know it when I see it" kind of situations.

You start the book thinking that there is only one plot element that you must take as a given, that there could be a stellar event with an incredibly specific type of radiation that only kills people over 13. However, about half way through (maybe sooner if you are less naive than I am) you discover that there are actually three such plot elements. The stellar event itself, the characterization of American Children as little monsters, and presumably the characterization of Chinese children as miniature adults.

With all that said, it was still an enjoyable read. Prose sometimes felt a little "literal" for lack of a better word. It is a quick read, so I would be comfortable recommending it to most.

Things I really liked or noted: 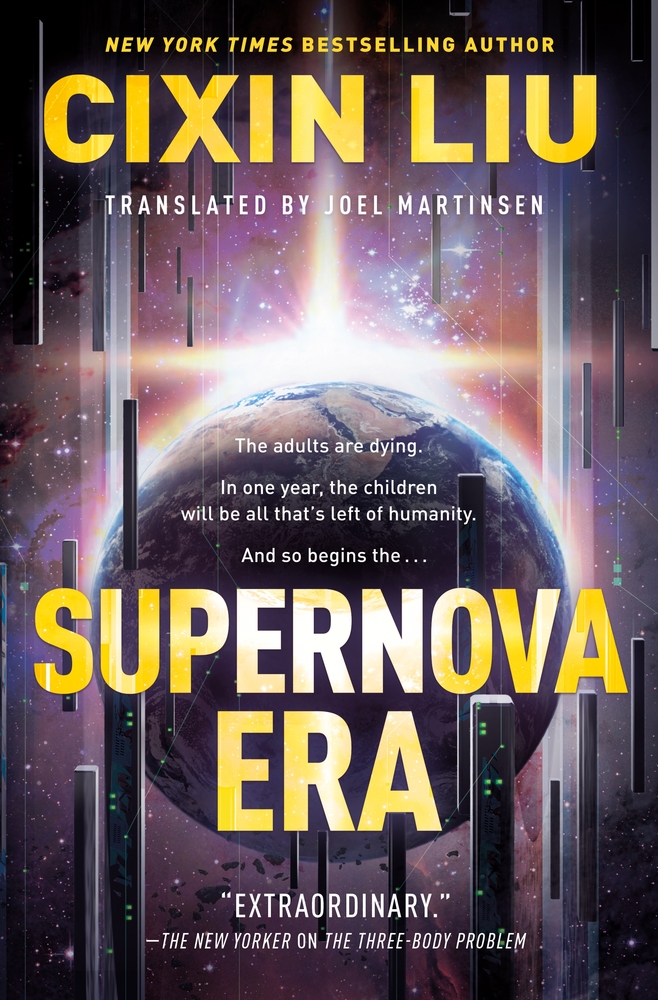