I like fandom in all forms. There is a good chance that I will attend a conference about anything that you are a fan of. I enjoy being around people who are all interested in the same thing. I am especially attentive when fandom will not yield any status or wealth. This lets me know that these people are actually fans of something. There are no ulterior motives.

Fanimecon is a anime convention "by fans, for fans." Something north of 25,000 people descend on San Jose, California for this thing. I rented a Air BnB with 11 other people. The camaraderie of attending together outweighed the annoyance of waiting for showers. I would recommend attending with a group.

Fanimecon has a game room that is open for the entire length of the conference. This is where I spent a solid 70% of my time. I played euro board games, made acquaintances, and watched competitive gamers. Oh, also socialized and shot the bull. Lots of that.

Cosplay is a big part of these sort of conventions. Some of the costumes were amazing. Myself, I am not that interested in dressing up (though I could be persuaded). I would like to create something to showcase for next years convention. I took real inspiration from Laputa Robot and the Venusaur (below). That is pretty cool.

Cosplay is not all anime/manga based. Around 30% of the cosplays are video game characters. Especially popular this year was Overwatch.

There was also a Manga section where you can relax and read in a less frenetic environment. This is a real boon to people like me, who get agitated and worked up when surrounded by the press of humanity. I took pictures of some of the titles that looked good.

In summary, it was a great time. I met lots of people. I played many games. I even watched a little anime.

Tiny arms are no hinderance in DDR
The Robot from Laputa: Castle in the Sky
Roomba Venusaur? 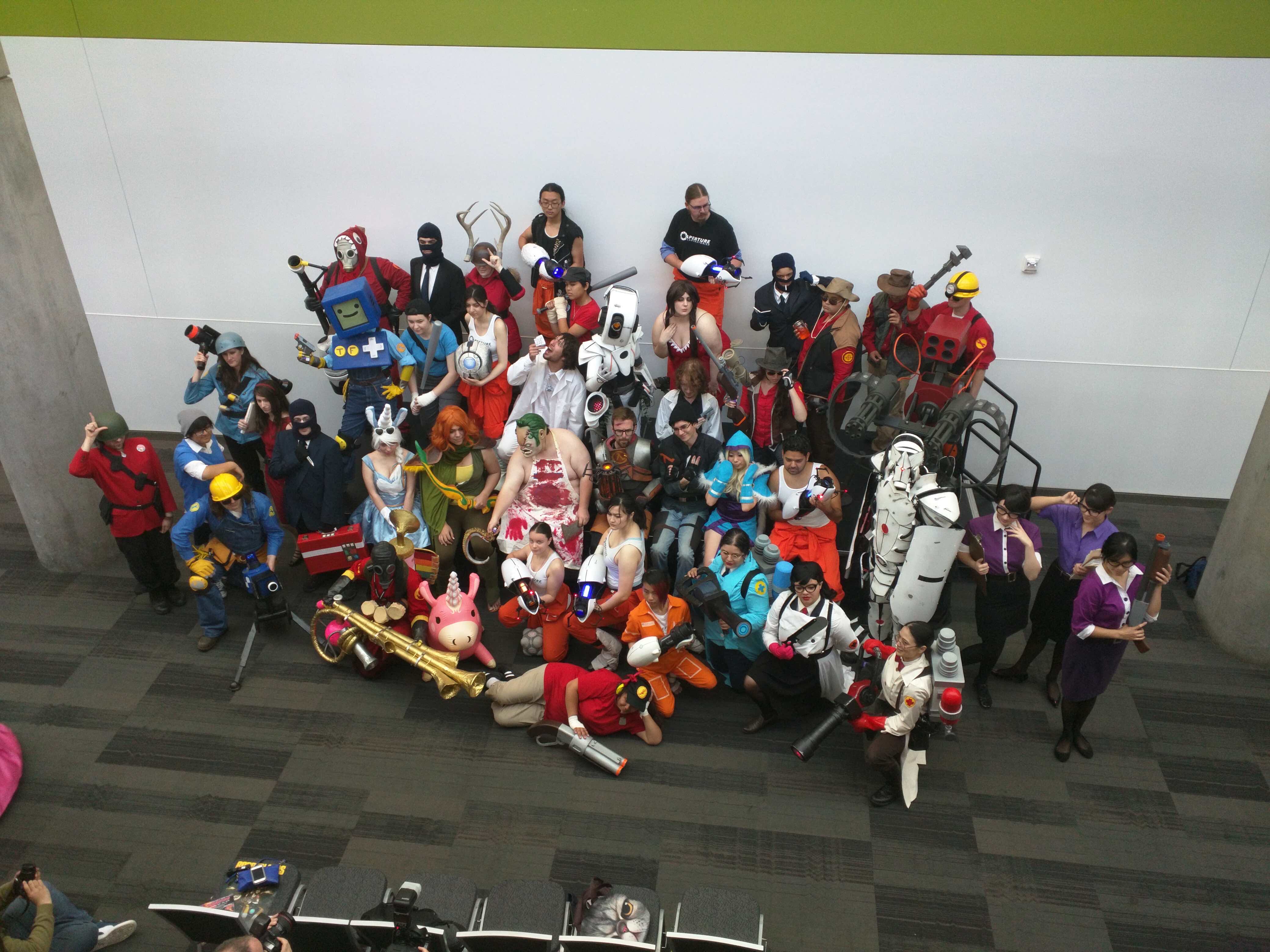