A Fire Upon the Deep

Big idea here is that the Universe is a spectrum of fast to slow zones. In fast zones we have access to "higher" levels of computation, in slower zones the exact same machinery will become buggy or nonfunctional. It was never specified exactly what computations you can do in higher zones that you cannot do in lower zones. The important side effects of this though are that higher zone allows self aware AI and allows ships to jump between the stars. Lower zone have no self aware machinery and requires that you actually travel between the stars at only a small multiple of lightspeed. It is strongly implied that humanity/Earth may have come from a lower zone. That is very rare, as most "higher zone" aliens actually accend by being contacted by a more evolved aliens. Humanity may have actually manually made the voyage to higher zone from lower zone without outside intervention, though most aliens would regard that as unlikely.

In the highest zones (the Transcend), there are AI's that are basically Gods. Within their zones they have almost unlimited power. Although ultimately constrained to the higher zones, the projection of their power extends to lower zones. Fortunately, most AI's in the Transcend quickly loose interest in the going on's of life in the lower zones. Metaphors fail in terms of applying lower zone reasoning or emotion to a God, but you might say that it is considered perverse by most AI's to be at all interested in the life of lower real beings. They view us the same way human beings might view insects. Some human beings actually have pity and take interest in insects, but the majority simply leave them alone as they have no real interest in them one way or another. I liked that part of the story. I like the idea of an AI that basically isn't even evil, it just does not care because you are beneath it's notice.

The other big idea I liked was the Tines. The Tines are an alien species where each "person" is made up of 4 to 8 members. Each of these members looks something like a greyhound (at least in my mind). Each member is a distinct organism, but is usually not capable of any advanced thought. Members communicate at the speed of sound by constantly talking to each other. Once a group of 4+ members forms and acclimatizes they will become sentient. In doing so, the new "person" is a combination of the personality, characteristics, and skills of all its constituent members. Once a member joins, they almost never leave a group; it is not a confederacy of members, it is a person that came to be because of it's constituent members. I really liked this idea. I thought it was a very creative way of thinking about some new type of intelligence. A intelligence that came to be in a different way and for a different reason than human intelligence. It makes me think of split brain patients, how they are one person, but in some (very unscientific) sense of the word have two brains. I really liked how the speed of sound was a limiting factor to their group intelligence. I recollected some of the amazing feats of plasticity that the human brain seems capable of. What would the result be of linking seperate human beings brain-to-brain with radio? It also made me think a good deal about how similar thinking about an experience is to actually experiencing it. Imagine, in a Tines group (person), one member has his nuzzle in a flower, breathing in the pollen. He is communicating the sensation to the other members in his group. For all intents and purposes, they all simultaneously have their nose in that flower. It is a really interesting idea. I think of intelligence as being singular, but must it be? What would it mean to have trully parallel intelligence? Where each "node" is broadcasting and receiving everything it experiences and thinks to every other member in the group? It sounds wonderfull. 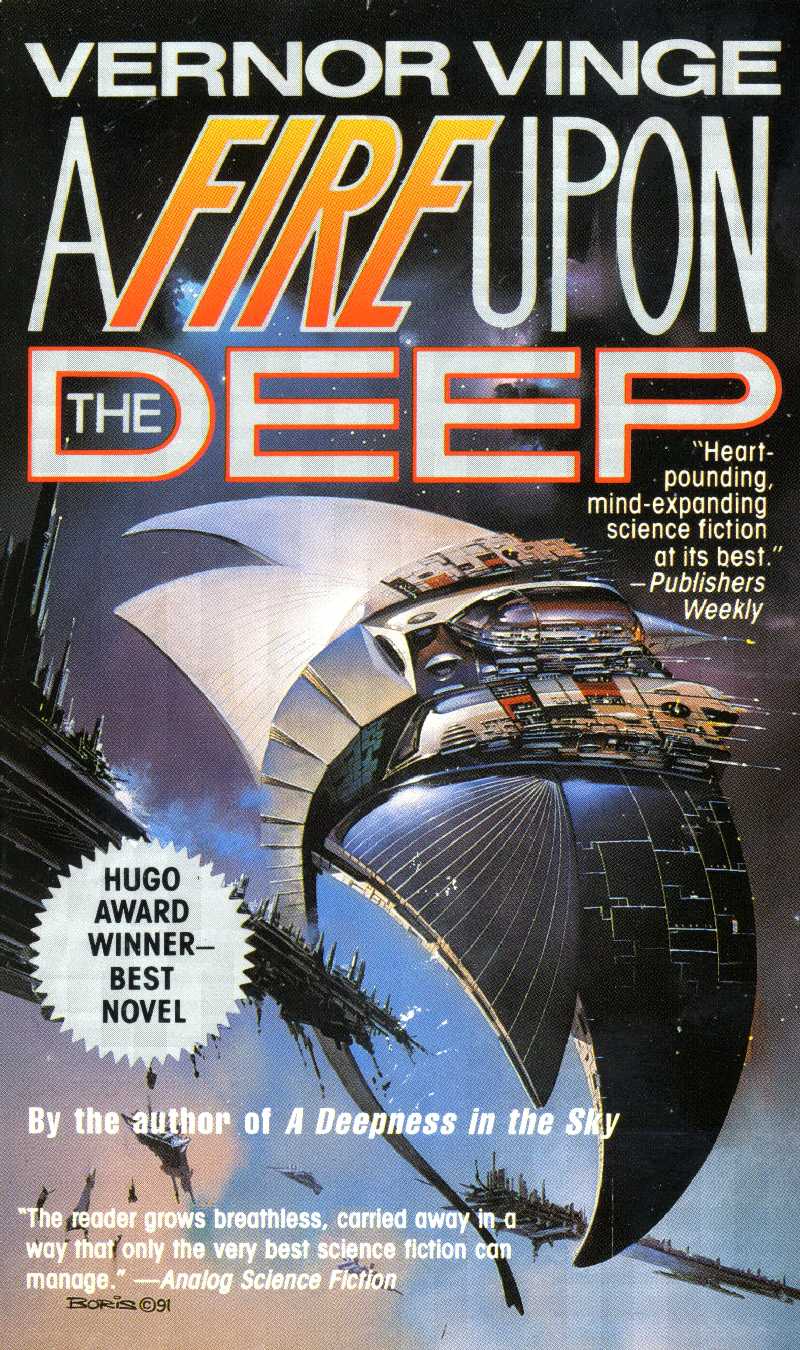