I enjoyed 'Ex Machina' as a idea more than as a movie. I enjoyed it specifically because it gave me a narrative framework to understand an idea that I had always previously found difficult to grasp.

The movie was a cautionary tale about avoiding the error of anthropomorphizing things.

At this moment in human history this isn't really a problem. The thing most commonly anthropomorphized by human beings are other animals. Although it can be individually dangerous to assume human characteristics of a wild animal (a tiger that I feed is also my friend), it is not a danger to society as a whole.

But the future is coming. Soon we will have robots who are externally indistinguishable from human beings. Even assuming no advances in AI, we will still soon have machines that can pass a normal exterior examination as human. It will be very tempting for human beings to want to treat these machine servants as human. It will possibly be difficult to teach children that the robot nanny is a machine, not a human being. I think human beings want to anthropomorphize the things around them. The more human something looks, the more difficulty we have in separating human from non human.

Caleb mad the mistake of assuming that because he sacrificed for Ava, that she would reciprocate for him. Reciprocation is a fundamental human emotion. I have a hard time screwing someone over in general, I have a really hard time screwing someone over who has done something for me. A machine will not necessarily have those compunctions. Reciprocation is probably something built into our genes. It probably served our ancestors extremely well. You can be fairly sure that anywhere you go, most human being you meet probably have a sense of reciprocation. On the surface, it was extremely foolish for Caleb to assume that a machine will share his genetic hangups.

In Caleb's defense, this was a pretty smart machine. That is the real danger. Currently, the only risk we really face is the possibility of machines that look so human that their appearance fools us into pretending that they are human. It may mean awkward changes in society, like men who want to "marry" their robot wives. However, without true AI, there is little danger of these robot wives taking over the world. Without AI, it still takes a willful act of self-deception for a human to convince themselves that a machine is human. If machines are built to look human, that might be a problem for many individuals, maybe even somewhat of a threat to society, but it is not a threat to our species. There will always be some people who simply refuse to anthropomorphize a machine, regardless of how human it looks.

Deception, as practice by Ava, requires intelligence. When machines are smart enough to know how to act in order to be perceived as human, then we have a genuine threat to our species. I say threat because these machines would be smart enough to act human when they want to, but quit acting whenever it suits them. Most human societies and social structures depend on the shared underlying genetics of group and interpersonal relationships. Machines will have none of that built in. What is intrinsic to us is just a 0/1 switch to them.

I just want to close by saying that I am not suggesting that machines can't be sentient, that they don't have any feelings (they may or they may not), or that they must be immoral/amoral. Simply stating that just because something has the ability to mimic human emotion does not mean that it actually experiences them. I feel that this is something that humanity may have trouble with in the future. Don't attribute human characteristics to something that is not human. 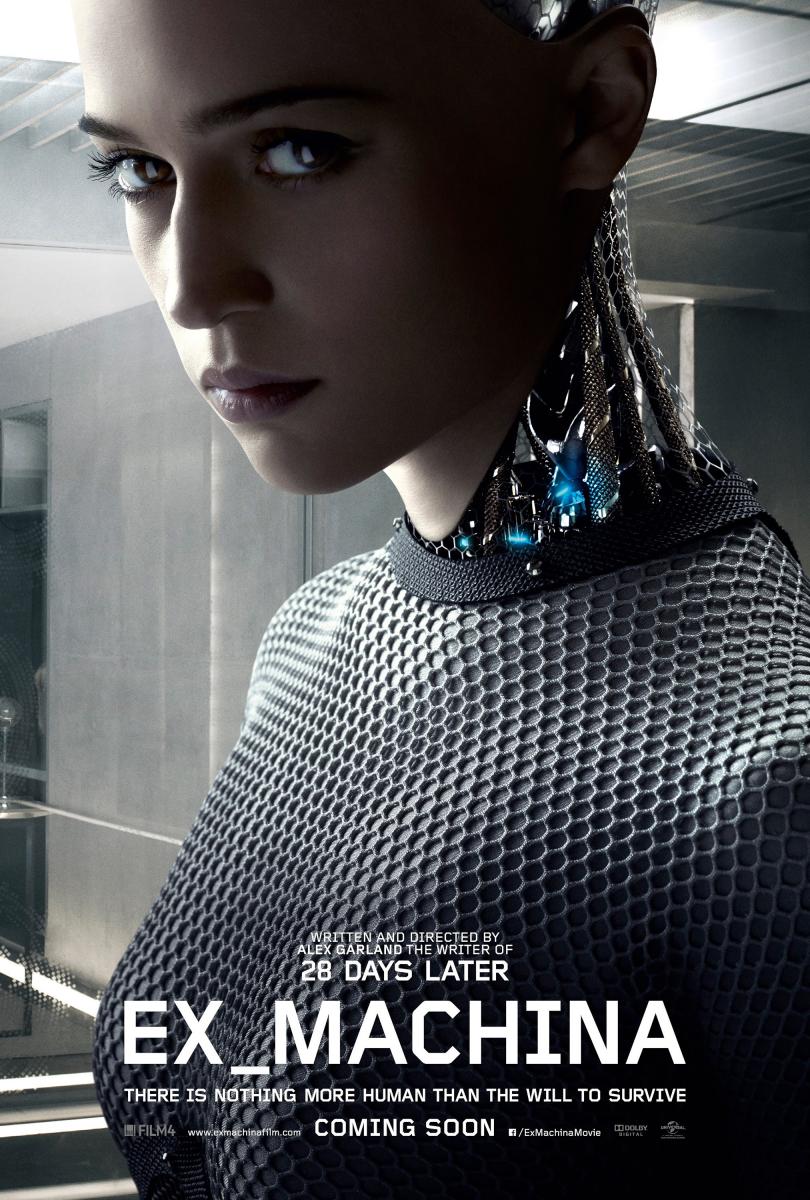 « Pandora's Star The Name of the Wind »
Copyright © 2020 Stephen Cagle