Eden of the East

Eden of the East is responsible for introducing me to the notion of NEETs. At many points in my life, I guess I would qualify as a NEET myself. NEET is a person who is "Not in Education, Employment, or Training". The term evidently originated in the United Kingdoms, but really took off as a talking point in Japanese culture and politics.

Overall, it was enjoyable enough. The plot is basically that a young man has a "genie" phone that grants wishes. The thing is, he is supposed to be using this power to make Japan Great Again. There are a total of 12 characters with said phones. The series is basically a pretty obvious mystery concerning who is doing what, and why did I do it.

The art is of high quality, with an interesting character design that bordered on making people look like "comic strip" characters. I mean seriously, one of the characters had these pink flaps where his cheeks were supposed to be. Made me think of Charlie Brown.

SPOILERS I thought it was interesting to have imply say that the best way to revitalize Japan would be to put it through another calamity. One of the 12 characters is just obsessed with bombing japan back to the point that japan would have to pull off another "Japanese miracle" similar to the rebuilding post WW2.

As an American, it is similar to the question some ask of "Can we continue to be a leading nation without the expenditures and expeditions of our armed forces?" A large military is clearly not a good thing; it cost a lot, it is rather inefficient, it gets us in trouble around the world, and it also sometimes does basically evil things. On the other hand, it drives technology, it drives construction, it consumes huge amounts of resources and services (driving consumption), and it provides us unparalleled soft and hard power around the world. Also, a continuous state of war in America has kept most Americans comparatively patriotic, causing a surprising degree of unity considering how non homogeneous our population is.

Too long. My point was that both Japan and the United States have a choice of continuing with the status-quo or embracing radical change. In this anime, it is implied that the change they want to see is a destruction of that which was built and a leveling of the playing field. There belief is that something better may be rebuilt. In the United States, it would probably be a reduction of our Armed Forces as one of the larger drivers of our society. Perhaps the resources saved from doing so might be used more effectively elsewhere. Both ideas are risky propositions. They may very well be misguided. Still, I was impressed that an anime would at least be willing to touch them.

I like ideas, even if they are poorly thought out.

Why did no one just ask the phone to "Make a list of propositions and their price for making Japan Great again, I will select one of them."

What did Saki do other than "believe in" Akira?

You have a phone app that can identify people visually. I think you should be applying for VC funding, not playing house in your club room.

World Computer was a dumb and almost unused concept? Why?

So you have a sort of super AI Deux Ex Machina wish grantor.... Alright, I will let that slide. Goofy though.

The reasoning for needing to clear his memory was pretty darn weak. 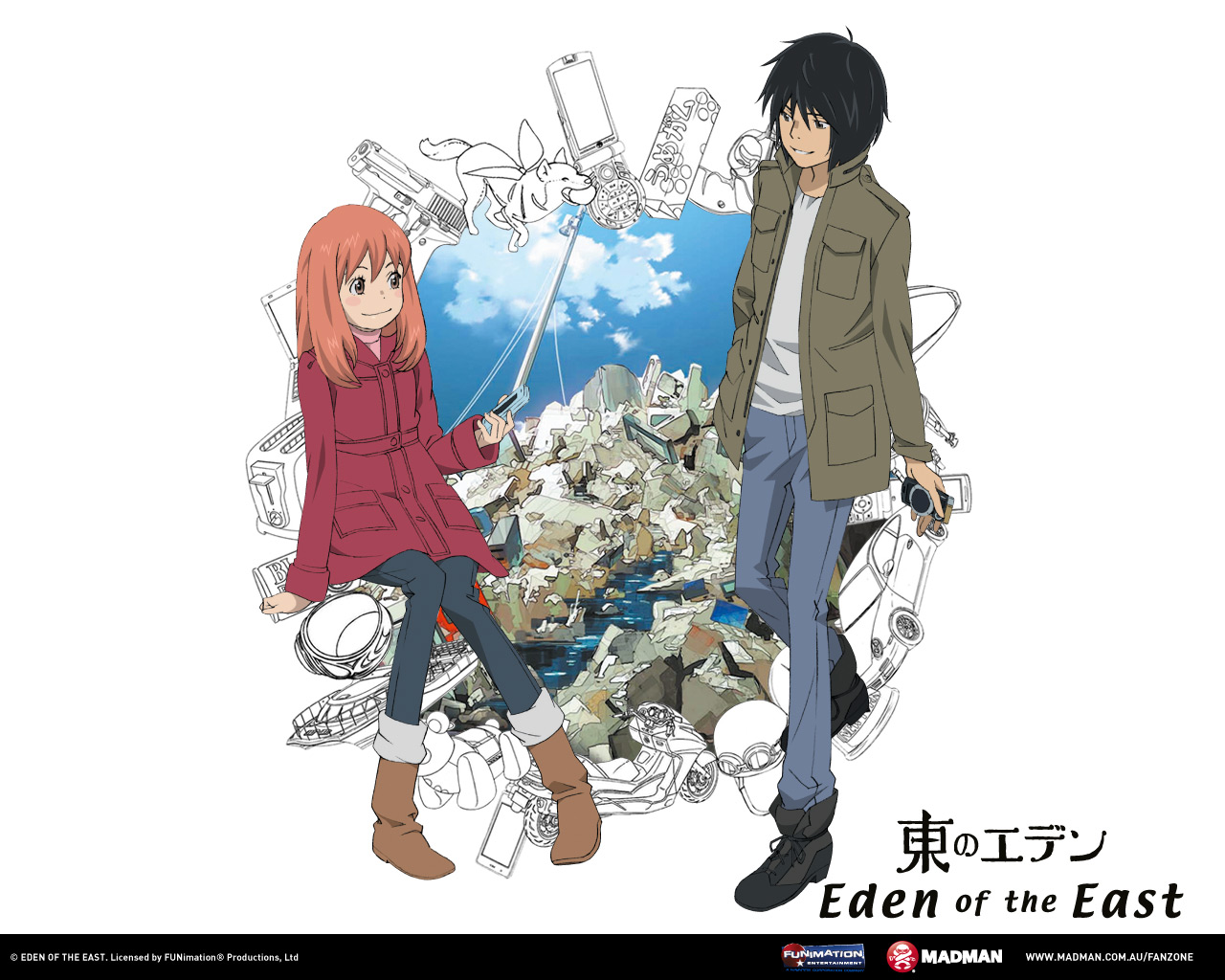