I was a bit disappointed in this. I was really looking for something that would catch me on a emotional (maybe even manipulative) level. Instead I got something that felt a little too rounded off, sharp corners removed. I wanted to be fished along by some emotional hook, doing my "Don't cry, that is just a frog in your throat" seat dance.

Don't get me wrong, it was a good movie. But too much of it seemed to be appeasing the "I want to be a princess" aspect, which bores me. I never fell in love with the female lead (though she was charming). I couldn't care less about the Prince (though his acting was fine). I wanted something that as I watch I slowly realize that I have been subtly and insidiously manipulated into caring about. No dice.

Movie was quite decent, but a few things struck out with me.

The cinematography was lazy. I mean not a single really interesting shot. The advanced shots here seemed to be vehicle moving shots and focus switches between foreground and background. Not cool. Also, way way way too many "talking head" shots.

The music was unremarkable. I wouldn't usually make a big deal out of this, but this is a Disney film. I should have something to hum afterwards. I couldn't recall a single song after the film.

I was also bothered that Cinderella didn't have much trouble sticking to her ideals. Where is the great triumph as she sticks to something against all odds? Where is the drama here?

Finally, and this is my patriarchic nature shining through, I didn't like that she had no real effect on the Prince. I am kind of a sucker when a woman is a paragon of some sort of virtue, she meets a man who is perhaps struggling with said virtue, and she strengthens it by associating with him. It is cliched, but I like it. This didn't really have that. Maybe Prince's Father is a commandeering warlord. Prince's association with Cinderella teaches him to value Love and Kindness. Because of her he shows these attributes to the people he conquers; becoming a great King. I don't know, sounds stupid when I say it, but I might have fallen for it. 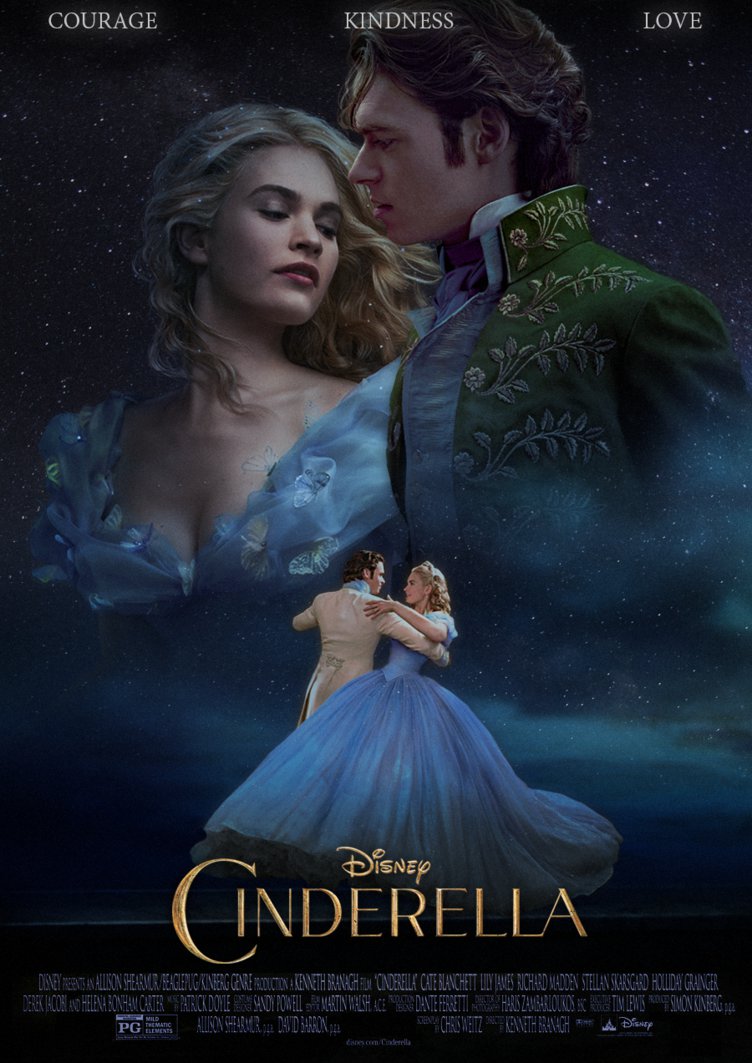