I really liked the Watchmen movie, I was already a fan of the comic book beforehand. However, post movie, I could definitely see how the movie might not be as appealing had I not read the source material. Baccano! is based on a light novel series that I have not read. The anime felt like it was eliding over the source material. I enjoyed it, but had some real problems with the plot.

This anime had more loose threads than I could count. Almost none of the stories had a beginning or end. I get that the anime was going for that exact device, but it isn't personally something I am fond of.

Maybe if you read the source material the plot makes more sense. I hope so.

I think animes like this may actually illustrate a dividing lines between narrative fandom. People like myself just can't help thinking about things like plot, logical sense, rational behavior, character intelligence, backstory, etc. I am, for lack of a better word, a mechanical/deterministic kind of guy. Things just have to make sense or I feel unease. Baccano! is more about mood, feeling, excitement, connection, emotion; it does not feel that it has to make sense.

I have a few recomendations. 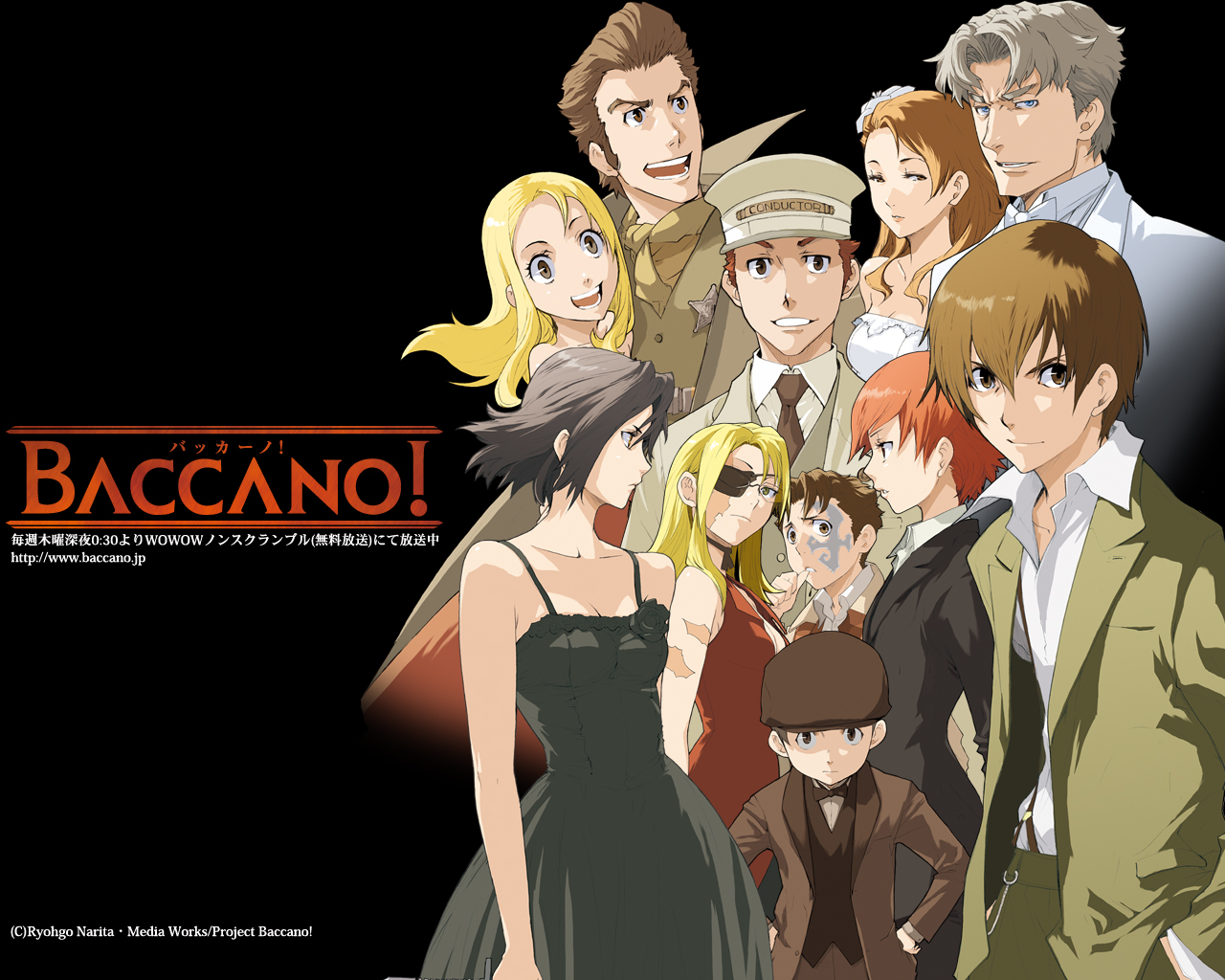